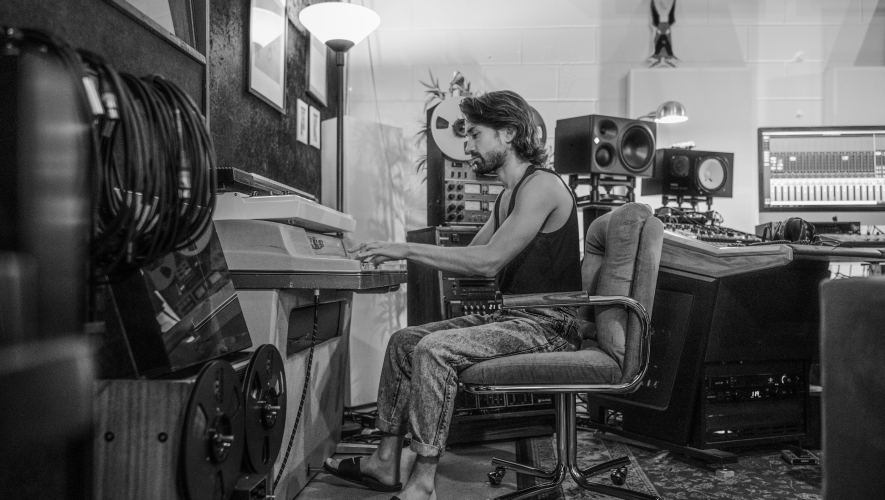 Born and raised in Paris, France, I spent most of my teenage years in a family-owned recording studio, where my dad encouraged me to play his instruments and taught me music as I was watching the sessions unfold there.

After graduating from HEC Paris Business School, and working two years in an office (which didn’t do it for me), I went back to my roots and decided to commit to music professionally – I started making a living as a session & touring instrumentalist with various acts in Europe, and also writing my own songs (5-year contract with EMI Music Publishing).

I soon became involved in music production and engineering, and from 2013 to 2016 I managed a mid-sized recording studio, where I was the main engineer and mixer. In 2016 I relocated to Los Angeles, in order to set foot in the American music industry and open my own space.

As a composer, producer and multi-instrumentalist, I relate to the artists I am working with on many levels and am able to feel what drives them – their intention, their approach, their struggle. It really helps to speak music “fluently”, to assist clients in manifesting their vision. Since 2016, I have mixed more than 400 songs for projects worldwide, developing my own style and approach.

Looking forward to hearing your music and taking it to the next level,
Jules